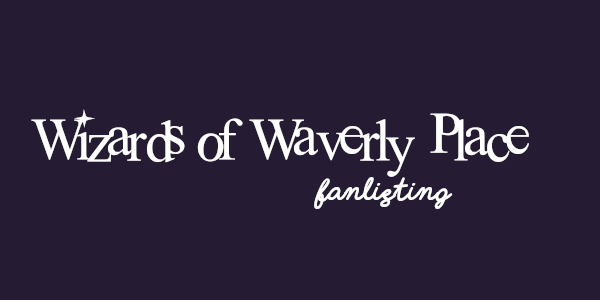 Alex, Justin and Max Russo are three teenage wizards-in-training living in an apartment on Waverly Place in Greenwich Village, Manhattan. Their father Jerry Russo, a former wizard, provides his children with daily lessons in their secret lair on how to use magic responsibly. He administers this training in his spare time when not running the family business with his wife, Theresa, a sandwich shop designed to look like a subway station, on the ground level of their apartment building.

According to the rules of the "Wizard World", once they complete their training, the Russo children will compete to determine which sibling will retain their powers permanently and become the sole wizard of the family. Since the other children will eventually lose their powers, Jerry tries to teach them not to become dependent on magic. Jerry descends from a family of wizards, and won his own family's competition as a teenager, but relinquished his powers when he married Theresa, a mortal.